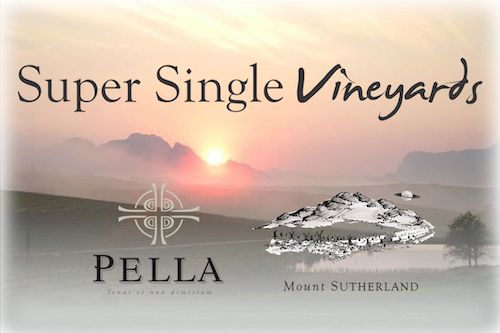 Canettevallei Wine and Lavender Farm, dating back to 1682, is an old family farm that lies tucked away in the quiet valley of Stellenboschkloof on the “Ou Kaapse Hardepad”. Surrounded by natural beauty, it is here where the De Waal family find their inspiration from and live out their creativity to the full…The home of Pella and Mount Sutherland Wines.

Daniël’s love for the soil and nature is expressed in his wines and Ingrid creates produce from the farm such as traditional moskonfyt. A range of lavender products, including lavender essential oil and dry lavender, is also produced on the farm.

Their passion for good food and wine led them to the decision to make their own wine, wine that would reflect this passion. An old rickety outbuilding had to be renovated as this was to become a small boutique winery and tasting room. Meticulous care was taken to preserve its character and express the family’s roots and style. 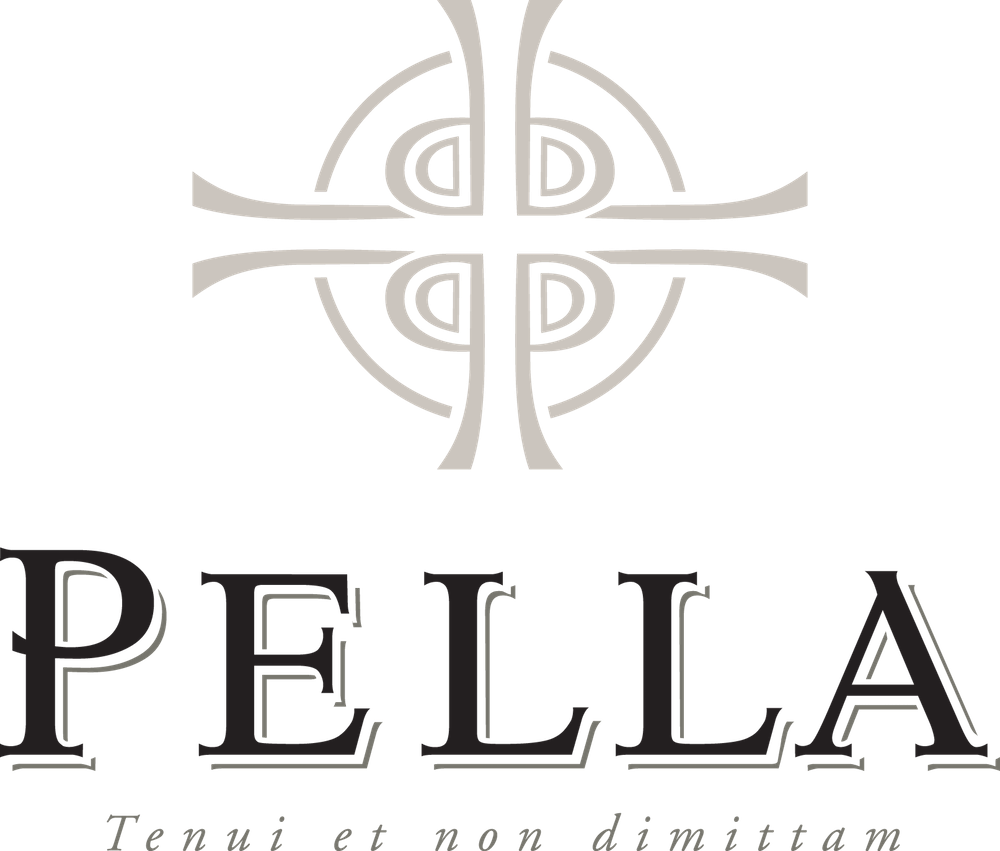 The name Pella means “place of gathering” which refers to the union of terroir and vines.

When Daniël started my search for exceptional single vineyards right through the Western Cape many years ago, there were several factors he had to keep in mind, e.g. the right variety for the right slope, bush vines versus trellised, depth of the soil, clay content, microclimate, age of the vines and equilibrium of the vineyard. All of these are factors that are crucial to the quality of the wine in the end.

His search for coastal vineyards was all about perfect equilibrium. Daniël looked for older vines with minimum vegetative growth, therefore a good balance. “The age of a vine in itself does not guarantee quality wine; it must still be planted in the right soil. The soil is crucial. It must be well drained with a high clay content to ensure a steady, but moderate water supply during the hot summer months of the Cape.”

Rich layers of citrus, peach and apple blossom, enhanced by a buttery mouth feel, lifted by a fresh acidity.

Rich, meaty aromas, with hints of pepper and black cherry on the palate, lifted with a fresh acidity, well integrated tannins and a silky finish.

A lean, savory wine with black cherries, plums, mulberries and hints of oregano. Firm acidity with a lengthy finish

Aromas of raspberry and blackcurrant, firm yet ripe tannins, uplifted by black cherry and plum flavours

Concentrated aromas of red and black berries, follow through onto a rich, highly extracted palate with refined tannins, ending in a lengthy finish.

The old vines give a beautiful dark colour wine with ripe plums and raspberries that follow through onto a concentrated, rich, highly extracted palate.

Layers of blackcurrant and violet, with leathery undertones, lead to a rich, highly extracted palate, with ripe tannins and a lengthy finish.

Layers of black cherry, pomegranate and plum, enhanced by a soft, velvety texture, with gamey and cocoa undertones.

Only produced in exceptional vintages, this family reserve reflects the very best that Pella has to offer. Produced from specially selected vines, hand-selected fruit and using only the finest French oak barrels, no effort is spared to create this wine of distinction Concentrated and full-bodied; An opulent wine that offers richness, silky tannins, hints of cassis, plums, graphite, cedar and violet. 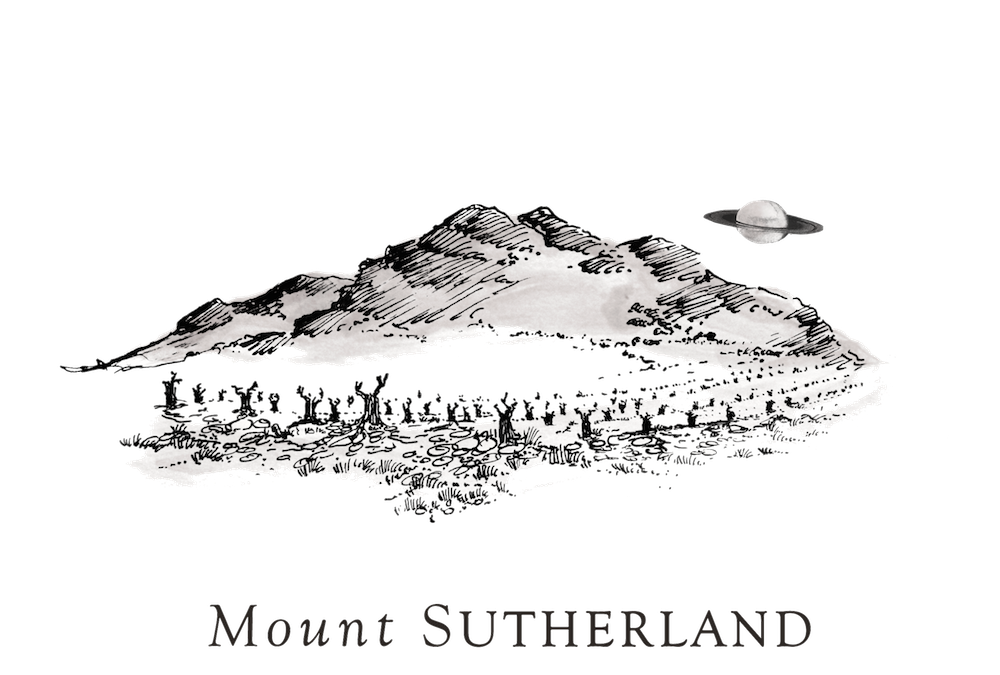 Knowing that all premium vineyards in South Africa are influenced by the ocean, Daniël realized during travels to Europe that South Africa does not have one cool continental vineyard like the famous continental vineyards of Europe. He started to search for this cool continental terroir locally. His quest took him to Sutherland in the arid Karoo. As a result, the first vines were then planted in 2004 on the sheep farm Kanolfontein, which then officially became the new Sutherland-Karoo wine growing region.

The farm Kanolfontein nestles at the foot of Sneeuberg at an altitude of approximately 1500 metres above sea level and 350kms inland from the Indian Ocean, which makes it the highest and coldest wine growing region in Africa. It is blessed with deep scali and clay soils, a result of ancient layers of soil deposited here over time. During initial soil probes, Daniel was pleasantly surprised to see the homogeneity of the soil with no or few restrictions. When Johannes eventually disappeared in the hole he was digging, they remained startled by the incredible depth of the soil – unseen in the Western Cape area. “This is what I have dreamt of!” Daniel exclaimed, as he believes that everything starts with the soil. “If this does not meet certain requirements, it is useless trying to make a great wine. As a rule, poor soil such as this, with its complex structure and good aeration, will be ideal for a fine wine with many nuances in its bouquet and taste. The incredible depth will give very deep root penetration and help the vines to still flourish during the extreme conditions of the dry summer season. Furthermore, the scali soils would also impart a mineral character to the wine as the vines mature.”

This Continental style Syrah has layers of aromas such as rose petals, cherries, cloves and freshly milled white pepper. The wine has got a tremendous succulence and richness on the palate and ends in a pleasantly long, ripe aftertaste.

Layers of cherry, raspberry and cranberry. Liquorice, mushroom and tobacco undertones, lead to a highly extracted palate, with soft, delicate tannins, and a lingering finish.

Layers of cherry and plum, with leather, vanilla and clove undertones, lead to a rich, highly extracted palate, with bold, yet ripe tannins and a lingering finish.

Layers of cherry and truffles. With leather, rose and violet undertones. Leading to a rich, highly extracted palate, with bold, yet ripe tannins and a lengthy finish.

Produced only in exceptional vintages, the Ouberg Syrah is the quintessence of what the extreme region of the Sutherland-Karoo has to showcase. Continental style Syrah. Black cherries, black currant, violet along with savory hints of olive, white pepper and a smokiness. Bold yet precise, with fine grained tannins.