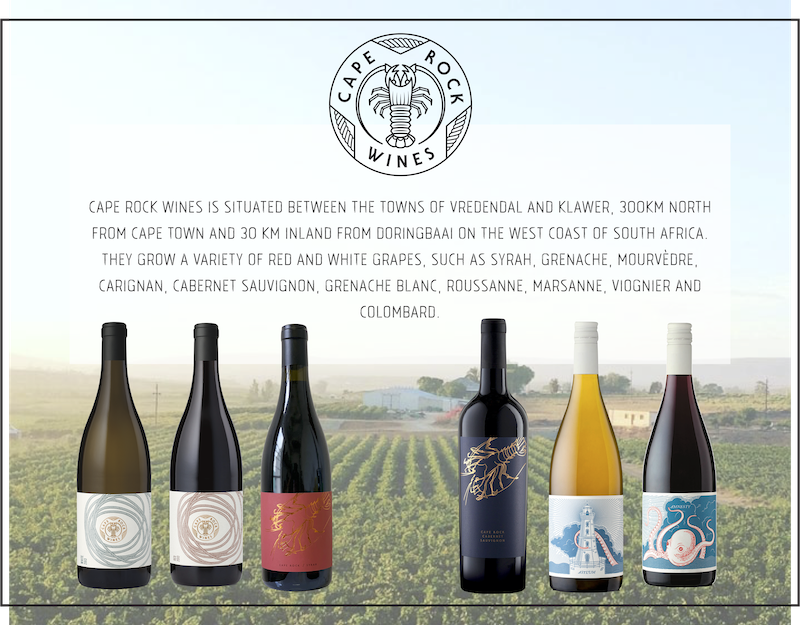 "Wine!
Because no great story started with someone eating a salad."
Unkown

One of the most fascinating stories fuelling the current South African wine revolution is the rise of Cinsaut… or is it Cinsault? We often find both spellings used interchangeably and both spellings are considered correct in South Africa. The latter is the French spelling and refers to its Languedoc-Roussillon (coastal region in southern France) origin, while the former encapsulates its modern-day global renaissance.

In South Africa, Cinsaut was once known as Hermitage and was famously crossed with Pinot Noir in 1925 to create Pinotage, the famous South Africa grape. Cinsaut was a versatile grape which could be used for making a range of styles from white wines, rosés, dry and sweet red wines to brandy and port.

During the 1970s, and especially earlier, many of the red wines produced were boosted with a percentage of Cinsaut. Regardless of how small or large, this percentage played a role in creating a certain aroma and flavour profile and forms an intricate part of South Africa’s red wine history. Cinsaut delivers floral and ripe strawberry notes as well as hints of dried fruit, coupled with low level of tannins and acidity.

Cinsaut is a black wine grape that thrives in hot, dry climates. Many years Cinsaut was overshadowed by a range of other varietals, and so it never truly featured amongst the forefront of the fashionable or most trendy. Rather, it quietly played its own, unique and remarkable role in the background of South African wines. It was used predominantly as a bulk wine variety and its focus was to increase volumes of wine produced. In the early South African industry volume outweighed the quality aspect and Cinsaut became known for its ability to yield high tonnage.

Cinsaut has sparked the interest of younger generation winemakers to once again pursue the variety and attempt to revolutionise and reintroduce this stalwart not only viticulturally and viniculturally, but also to consumers.

With over a hundred years of ups and downs Cinsault has left an indelible mark on the South African wine industry. It sticks out as one of the most enjoyable, drinkable and unique tasting varieties to date. We are happy to say that it seems Cinsault is here to stay – and we’re excited about it.