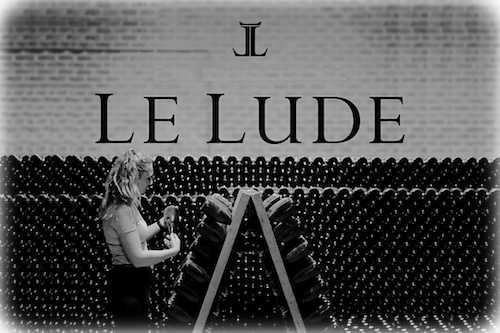 Le Lude, a wine farm in the picturesque Franschhoek Valley of South Africa’s Western Cape, follows an ethos committed to its founding family and the crafting of naturally bottle-fermented sparkling wines, known as Cap Classique. Here the Barrow family have made their home, writing a new chapter in a premier wine region where French Huguenots, fleeing persecution for their religious beliefs, landed in the Cape and began making wines in Franschhoek as far back as 1693.

Today Le Lude builds on this important vinous tradition by specialising in Cap Classique, ensuring that grapes expressing site and terroir are coaxed into a premium product of unrivalled excellence. Innovation in the cellar and the restless, un-comprising pursuit of perfection in the bottle have made Le Lude one of the world’s most exciting new producers of Cap Classique, a wine becoming internationally renowned for finesse, elegance and refinement.

The pioneering approach of Le Lude is underscored by it being the first cellar to produce an Agrafe® (Tirage Liège) Cap Classique, paving the way for a sector of the South African wine industry on the road to greatness.

Ripe cherries, red lollipop and raspberry aromas provide a delicate profile to the wine. These are followed by some hints of grapefruit and wild rose. The palate opens with a voluptuous texture supported by elegant acidity. Initially fresh red berries, wild plum and spice. The length and richness of the palate develops a complexity with raspberry compote and hints of blueberries and aniseed.

The Pinot Noir shows depth and richness. Tertiary aromas include baked raspberry pie, ripe cherries and slight spicy hints. The use of cork during triage gives the wine a complex and full palate.

Lime zest and minerality are prominent due to the Chardonnay. This also brings linearity and length on the palate.Tertiary characters of proved dough and apple crumble on the nose round out this complex yet fine mouthfeel.